Nudging Your Company Into a Human-Era Brand

The emerging field of behavioral economics has challenged what it means to be a consumer. Rather than viewing consumers as a kind of homo economicus — beings who act strictly upon rational self-interest — the consensus of economists has shifted.

As Richard Thaler, a Nobel Prize-winning economist at the University of Chicago, wrote in 2000, humans are often quasi-rational agents at their best. “It seems logical that basing descriptive economic models on more realistic conceptions of economic agents is bound to increase the explanatory power of the models,” he said.

There are, of course, a variety of ways humans fall short of the rational agent model. We might fail to consider opportunity costs (sunk cost fallacy), not always maximize our utility (rational choice theory), and consider losses much more heavily than equivalent gains (prospect theory).

One concept, in particular, is being deployed by a wide range of practitioners: nudging. For example, researchers have found that making organ donation a default setting for drivers could greatly increase the number of lives saved. Policymakers may also consider how defaults impact energy usage.

Even marketers are attempting to harness the power of our bounded rationality. However, as Utpal Dholakia wrote in Harvard Business Review, nudging could be too heavy-handed and turn off potential customers. Dholakia argues that attempting to design nudges could create condescending messages and not reach the company’s ultimate goal.

“The essence of a relational marketing strategy is a tacit understanding that marketers and consumers are on equal footing,” he said. Employing nudges to influence customers often claims “an informational or motivational superiority over their customers” that backfires.

Rather than attempting to design complex nudging strategies for social media, it is often best for companies to focus on being human. As social media has displaced traditional advertising, it has created new relationships between brands and customers. Companies are no longer monolithic institutions with messages designed by Mad Men.

As Lippincott explained recently, social media has given companies with a unique and responsive voice an edge. At FunnelAI, we provide our users with the ability to engage with their customers in real time. Rather than simply creating mass-market messages that can be copied and pasted thousands of time in response to customers, we funnel the most qualified prospects directly to businesses.

As a result, they can focus on engaging with people on a human-to-human level. We recognize that humans communicate in idiosyncratic ways, as well as the multitude of messages your business receives. However, with the advantage of artificial intelligence tools, you can simultaneously preserve your company’s human voice and grow your business.

We are sorry that this post was not useful for you!

Contact Us
Slack With Us
FAQs
Careers
Media and Press 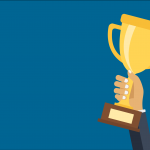